Philip Woollatt was born at Wimbledon on the 15th of January 1895, the second son of Randal Woollatt and Edith Plantagenet Woollat of "Beauvais", Ditton Hill, Surbiton. He was christened at St Mary's Church Wimbledon on the 10th of February 1895.

While at Shrewsbury House, he was part of the team which won the St David Shield for Shooting in 1908. After Shrewsbury, he went to Cheltenham College where he was a member of the Officer Training Corps for four years and was in Christowe House - leaving there in 1912.

Prior to joining the West Surrey Regiment - which he joined on the December 1914 - Philip had previously been with the Canadian Infantry, 79th Cameron Highlanders, as he had been living in Canada prior to the war.

He is commemorated on the war memorial at Long Ditton in Surrey and on the Thiepval Memorial Pier. 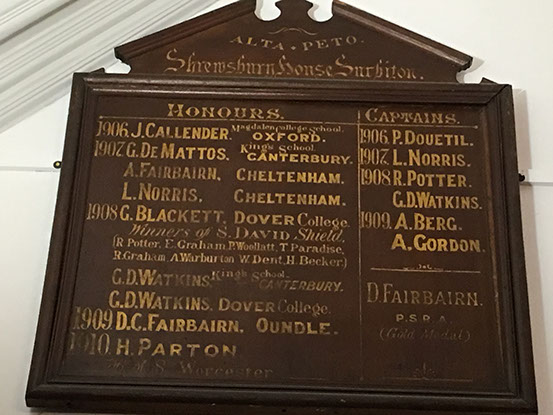