John Reginald Tunnicliffe Paradise was educated at Shrewsbury House Preparatory School and was part of the team which won the St David Shield for shooting in 1908 (See picture below). He attended Marlborough College from September 1908 to July 1911.

He was commissioned as a 2nd Lieutenant in the Royal Warwickshire Regiment on the 27th of February 1915 but ended up in the ranks and re-enlisted at Kingston. 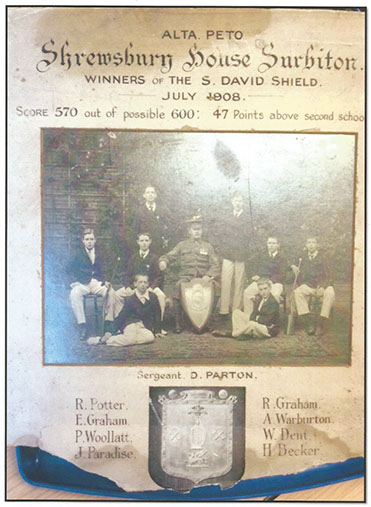