A Boer War veteran and a former Drill Sergeant at Shrewsbury House. Drilled the school shooting team, which regularly won the St David Shield (Prep School shooting competition). School records show that the school won this competition: in 1908, 1910, 1911, 1912, 1913, 1914 and 1915. The pictures below show the 1910 and 1915 winning teams. Sergeant Murphy, is in the middle, in both.

According to the Surbiton Times, Murphy joined the "colours" again at the outbreak of the war. On the 28th of September, 1917, the same newspaper reported that Sergeant-Major Murphy had won the D.C.M. for galllantry.  On the nights of the 18-19 of August, he had gone out several times while under heavy bombardment to rescue the wounded. 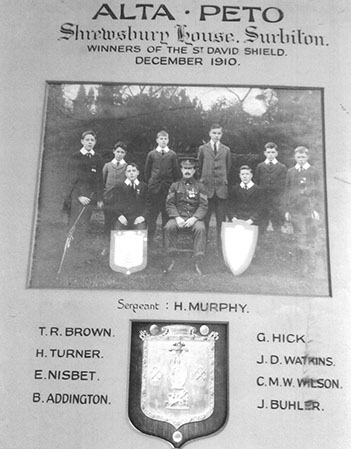 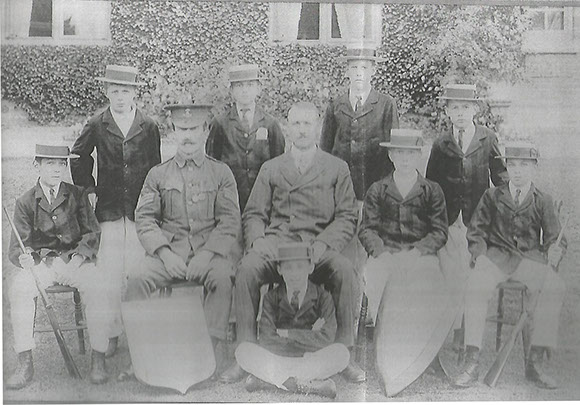