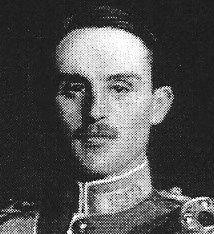 James David Ralston Gilkison was schooled at Shrewsbury House and Rugby School where he was in Donkin House from 1898 to 1903. He then went on to Trinity College Oxford to study law. He was called to the bar of the Inner Temple in January 1906.

He was commissioned as a 2nd Lieutenant in the 2nd Battalion Argyll and Sutherland Highlanders in 1907 and served in South Africa and then India. His Battalion went to France on the 12th of August, 1914. He was killed while leading his men on an attack on an enemy machine gun near the St Quentin Road overlooking Le Cateau, on the 26th of August 1914.