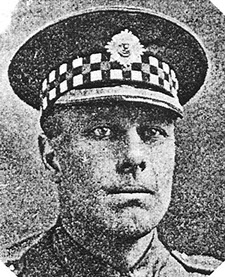 Cyril Frederick Hamilton Fenner was born on the 23rd of March, 1888, the son of Robert Fenner, a surgeon, and his third wife Barbara Fenner of Greenwich in Kent. He was known as "Snipe".

He was educated at Shrewsbury House Preparatory School and then Felsted school until 1903.

He was commissioned in the Scots Guards on the 9th of August, 1915. He returned home after an accident, but returned back to his unit as soon as he could. He was killed in action in France on September 24th, 1916. He had a brother, Lieutenant Commander Alfred Athelstan Fenner of HM Submarine K4, who was also killed in action in 1918.