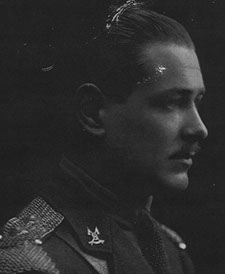 Philip Victor Douetil was born at Wood End, Cobham on the 7th of February, 1893, the son of Victor Napoleon Maglowe Douetil, Secretary to a public company (brewery) and Ada Mary of King Charles Road, Surbiton. He was christened on the 22nd of March, 1893, at Christ Church, Surbiton Hill.

He was educated at Shrewsbury House Preparatory School - where he was a Captain in 1906 - and then Marlborough College.

He was married in Calcutta to Dorothy Violet (née Grinling) in November 1920. He died suddenly at Station Road Bramley Surrey on the 10th of June 1938 and is buried at Wonersh Church Grave 45A.