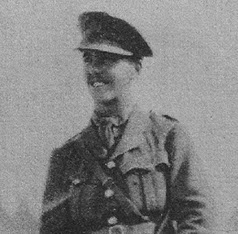 Reginald Cuthbert Chilvers was born on the 16th of December 1898, the son of John Holgate Chilvers and Matilda Beatrice Chilvers. He was baptised on the 15th of March 1899.

He attended Shrewsbury House Preparatory School and then went on to Lancing College.

Reginald enlisted on the 5th of November 1914 as a Private. He was commissioned as a 2nd Lieutenant with the 10th Battalion Norfolk Regiment on the 26th of March 1915.