He attended Shrewsbury House Preparatory School as a boarder and was part of the team which won the St David Shield for Shooting in 1910 - a feat the school managed twice in that year (See picture below).

He enlisted in 1915 in the Army Service Corps; served at home and in Greece. In July 1918 he contracted Malaria and was admitted at the 67th General Hospital. He was sent back to the UK in March 1919 and was discharged from the army on the 6th of May 1919.

After the war, he emigrated to Australia on the 15th of September, 1928. At the time he indicated that he was a farmer by trade.

During World War Two he served in the Australian Army. 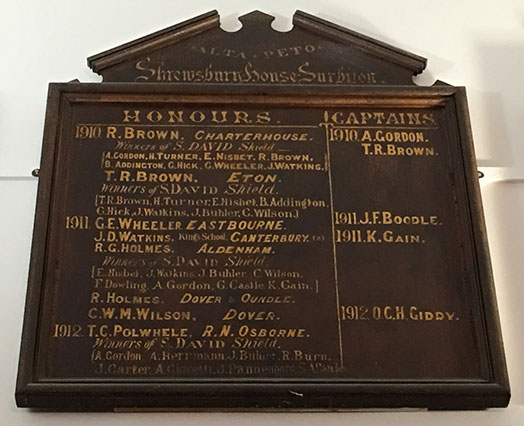